<Fabricating Mandarin Duck> is an art piece inspired by the emotional connection with Wangan Island, Penghu archipelago, during artist’s residency program in 2015. In 2019, artist revisited the isolated island and realized the ruin of "Shinyo Tokubetsu Kogekitai" base has been reconstructed and renovated into a brand new tourist attraction of military history, however, with plenty of absurd viewpoints and false information from the authority due to the bias of ignorance and lack of understanding from the main islander in Taiwan. A distorted history was thus created.

This artwork continues with artist’s recent series of OHP installations, interweaves two narratives of both the gloomy history of war during the end of Japanese Colonial Period in Taiwan, and the history of misuse and misappropriation of the famous waterfowl name “Mandarin Duck (Yuan1 Yang1)” in Chinese literature, which vaguely correspond to each other. Through various approaches of geopolitics, biology and deconstruction of literary texts, the land name of the Japanese naval base “Mandarin Duck Caves (Yuanyang Hole)” seems to prove itself an inevitable fate on the borderline, geographically, biologically, literarily yet politically.

The flag titled “The Remaining Blood ”is originally from the memoir <The Red Remaining in Winter> by Yoshiaki Haza - a former Shinyo Tokubetsu Kogekitai soldier in Wangan Island, Penghu. Through the exposure to the sunlight, the shade of "Kyokujitsu-ki (Rising Sun Flag)" of Imperial Japan developed with cyanotype a negative image of “White Sun in Blue Sky” flag of KMT Party from mainland China - the latter ruler in Taiwan. The flag was then stitched with red threads to depict an ancient map of Wangan Island, in the form of inhuman “Thousand Stitched Belt” created close the end of WW2. Each red dot indicates a forgotten bloodline remaining at the border of every paradigm shift of colonizers in the history.

This is Taiwan's Allegory of the Cave, reflecting the truth, distortion as well as our eternal blind spot in the gloomy darkness. 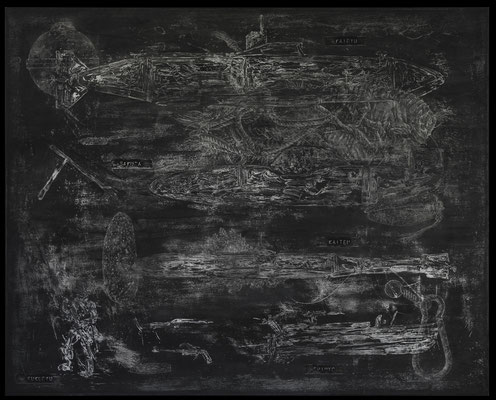 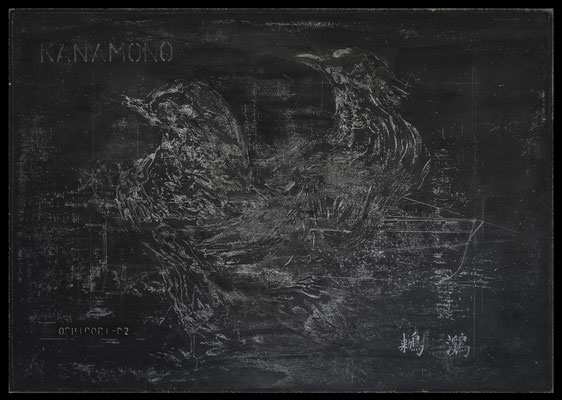 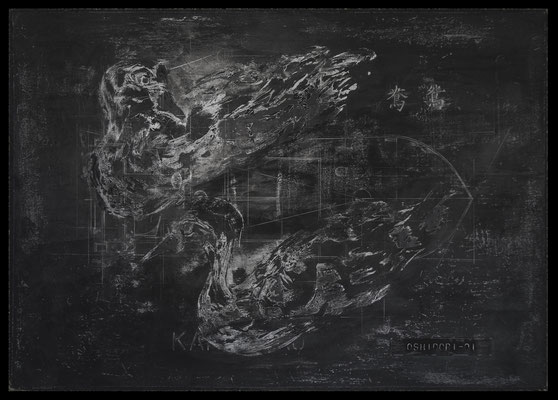 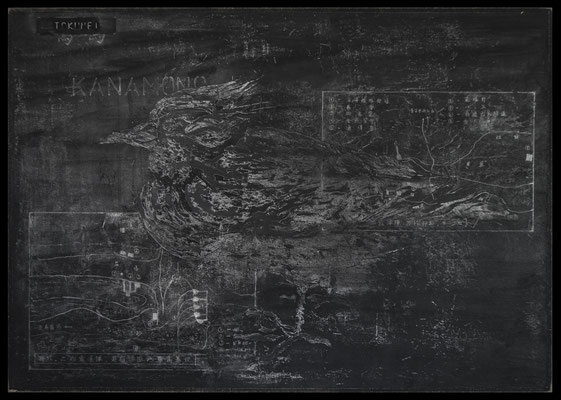 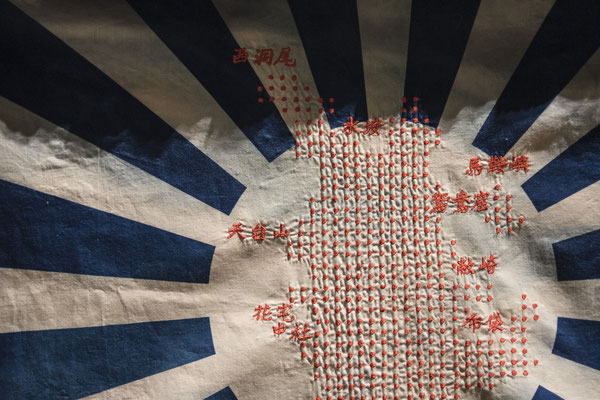 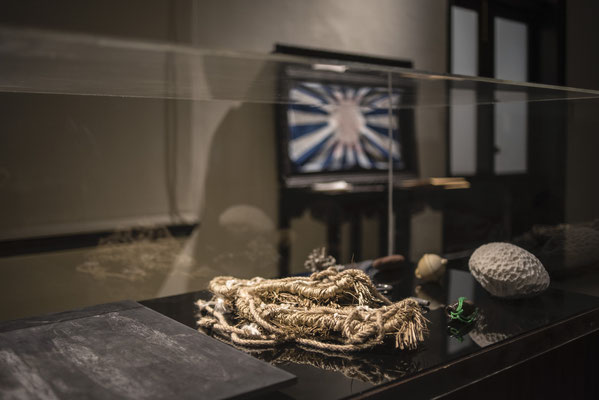 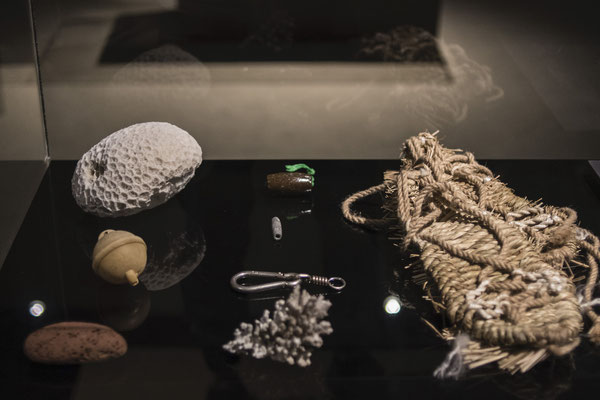 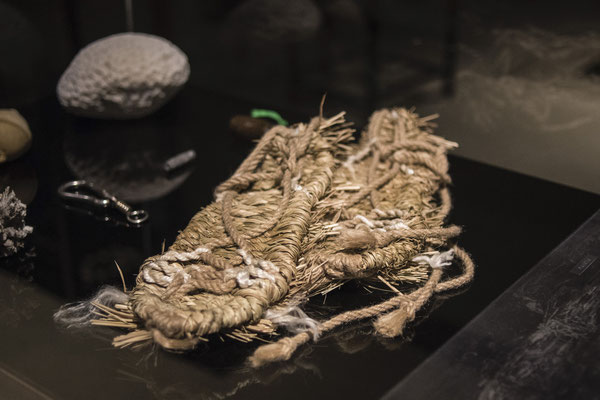 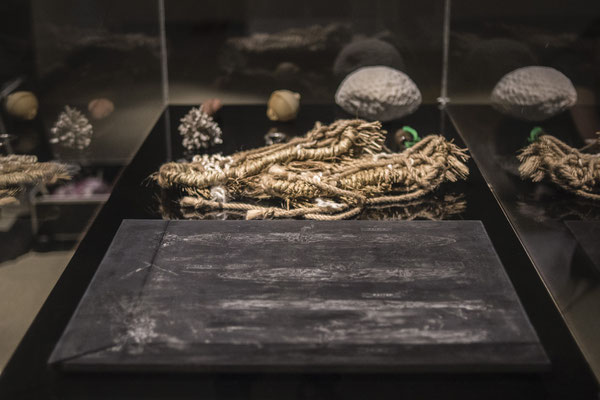 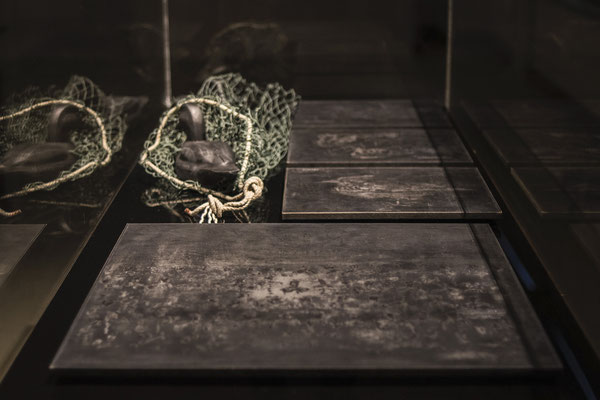 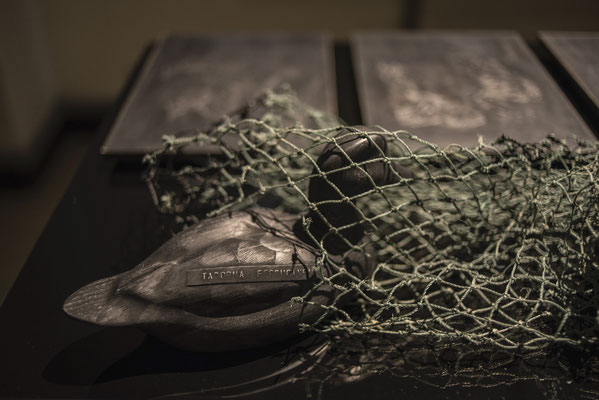 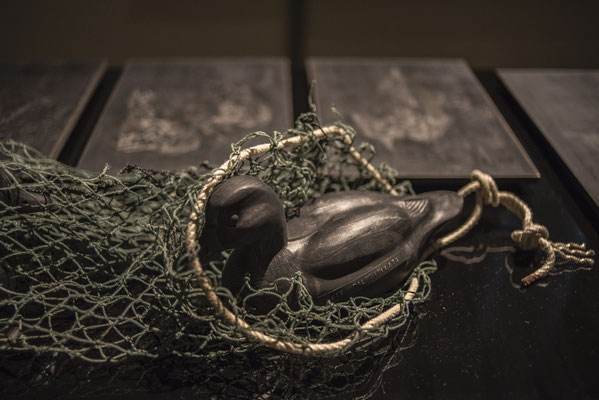 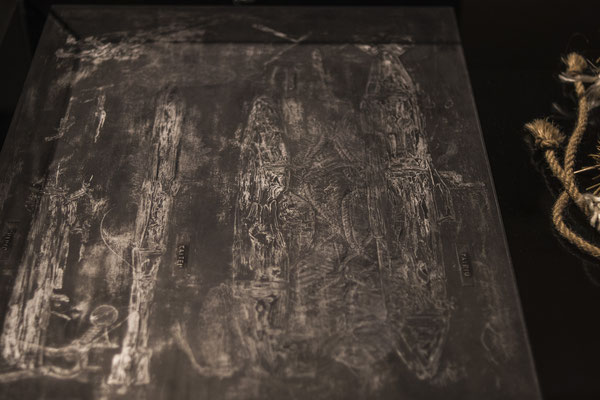 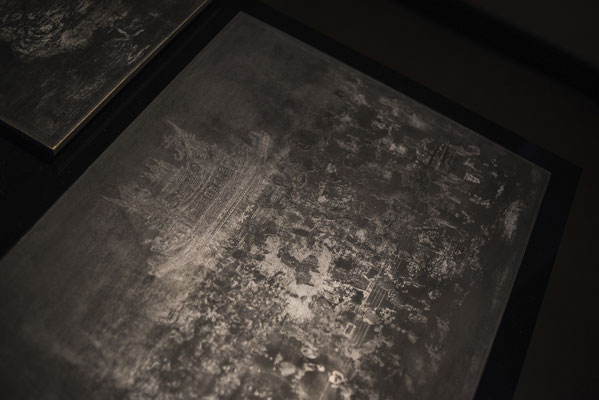 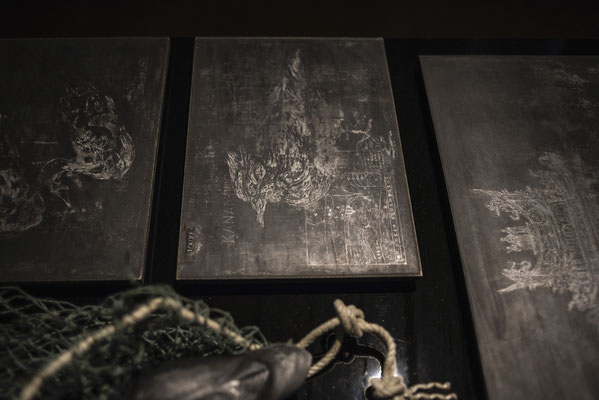 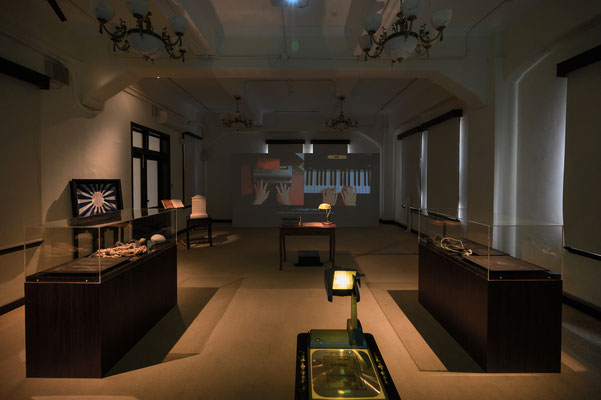